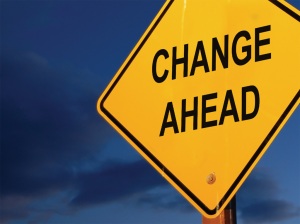 When the 2010/2011 Premier League season closed early this Summer, the team I support, West Ham, was in last place, having won only seven of the thirty-eight league games played. Needless to say it was a tough, emotional, and rage-inducing season. If you are unfamiliar with how English soccer works, they operate under a promotion/relegation system. The bottom three clubs are relegated to a lower league, and the top three in that league move up to the big time. West Ham were going down. And when our fate was mathematically sealed, our manager was sacked. So it goes.

Throughout the summer the club experienced a myriad of changes. They hired a new manager. Deadwood was sold or not offered new contracts. Quite a few decent and promising players were signed, though, unfortunately, our top player was sold on the last day of the transfer window, the prospect of which was looming over the heads of all Hammers fans. But the fans all knew that change was inevitable. When West Ham took to the field for the 2011/2012 Npower Championship season, they were a new team. A stronger team. All because they were willing (albeit required,) to change.

As individuals we are constantly changing and reinventing ourselves, and that change can present itself in a variety of ways, be it physical, professional, or spiritual. (There’s probably more, but since I’m studying to be a preacher, I can only make lists in three’s. Them’s the rules.) Sometimes (all the time?) it’s our weight that changes. Maybe it’s a long-desired job change. Perhaps it’s going back to school after a long hiatus. Either way, when the page is turned the story starts afresh. New opportunities, new purposes, a new life.

In the New Testament, both Peter and Paul made dramatic changes. For Peter, throughout the three years as Jesus’ disciple and into the Book of Acts, we get to see him transition from a well-meaning, eager individual whose diminishing faith led to his denying Jesus three times, into a bold, confident, and still eager advocate for Christ, up to, according to tradition, his own (upside down) crucifixion. What kind of change needs to take place to go from “I don’t know the man,” to declaring you aren’t worthy of the same death?

Then there’s Paul. “Out of the stock of Israel, of the tribe of Benjamin, a Hebrew of the Hebrews; as to the law, a Pharisee.” Quite a résumé. Even with all of that, Saul was completely and utterly destroyed on his trip down the road to Damascus. Out of the ashes emerged Paul. His former life, all of his privileges, meant nothing when faced with the reality of Christ. For Paul it took a spiritual intervention by God to force change. A change that he wholly embraced, dying to himself.

What kind of change are you going through? What is happening in your life that requires the complete destruction of your former self? Do you need to lose weight? Have you been eager to change careers or go back to school? Do you need to evaluate some questionable areas of your life? If you want to do any of these things, you’re going to have to pick up the torch and set yourself alight, because you will change, whether you like it or not.

View all posts by Christopher Kerr